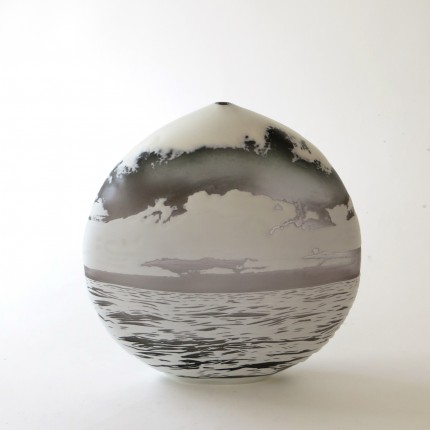 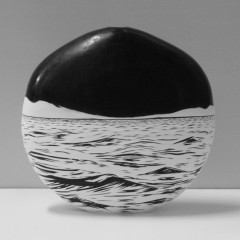 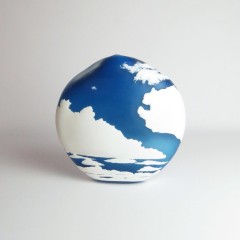 SOLD - Clouds in the Sky 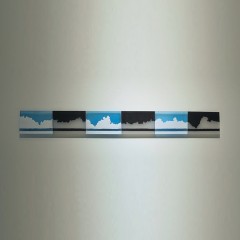 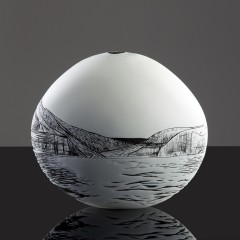 SOLD As the Sea Rises 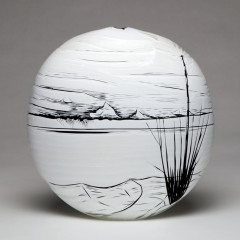 Ben Sewell studied at the Canberra School of Art, Australian National University. He is a recipient of a number of awards including the prestigious City of Perth Craft Award for Excellence in 2002 and the Tom Malone Prize, Art Gallery of Western Australia 2006. Through his career he has also been awarded a number of highly competitive Australia Council grants. He has lectured at Sydney College of the Arts and Monash University Melbourne glass studios.

Ben uses a blown form as his canvas, on which he engraves his designs, exploring the relationship between opposites, presences and absence, surface and void, working on the surfaces of either side of a piece to create a sense of the various parts becoming unified as one.

Benjamin Sewell’s work combines techniques of overlaid colour on a glass blown vessel and glass engraving to create works of beauty reflecting the essence of the Australian Landscape. The technique of engraving is used to recreate the action of drawing pen on paper.

Benjamin has had solo shows in the USA and Australia, and has been invited to be part of many group exhibition of contemporary studio glass in New Zealand, Australia, Singapore, Hong Kong, Germany and the USA.

Ben Sewell’s work has been included in the contemporary glass collections of the Museum of Fine Arts, Boston, USA, The Art Gallery of Western of Australia and the Corning Museum of Glass in New York, amongst others.

When awarded the Tom Malone Prize in 2006 the judge’s comments were: ‘Benjamin Sewell’s work is immediately, though quietly, captivating. Poetically meditative, it is a perfect distillation of the experience of looking at nature. The work’s carefully, hand-rendered surface activates the entire vessel to draw the viewer in, cultivating a rich and intimate relationship with the work. Close observation reveals subtle dynamics between surface and depth, form and colour that change as the light changes. Like nature, therefore, this is a work that unfolds over time, settling into nature’s space and pace’.