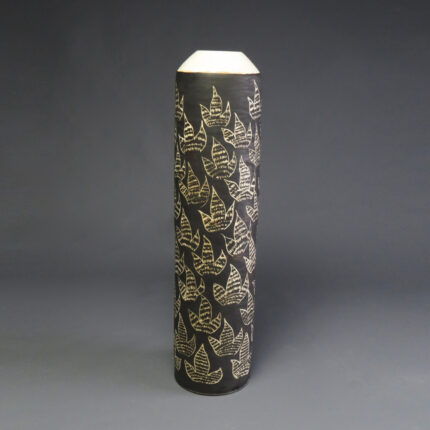 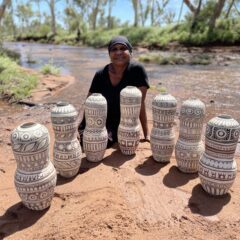 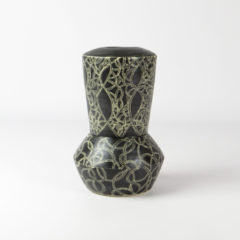 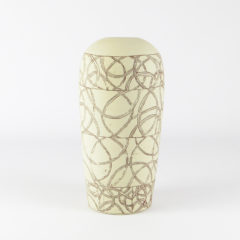 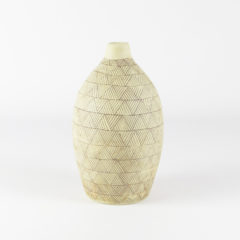 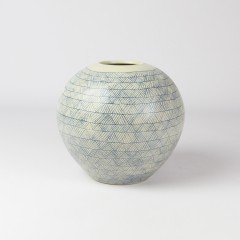 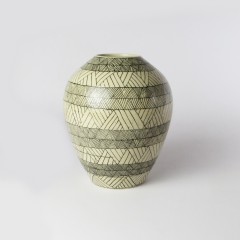 Thomas was a founding artist and Chairman of Tjurma Arts, an art centre established on Tjurma homelands nearby to the Amata community. He is son of Katanari Tjilya and nephew to Hector Burton. Thomas is the rising star of the men’s ceramic studio. Thomas began working at Ernabella Arts as a part-time employee in 2015. He was appointed Deputy Chair in 2016. In 2015 he first tried his hand at ceramics and was exhibited in Yangupula Tjuta Waakarinyi: Many Young People Working, presented by Sabbia Gallery (touring to Canberra as part of the Ceramics Triennale), and Wati tjuta-ku Tjukurpa kunpu ngaranyi (the annual men’s ceramic exhibition) at raft space, Alice Springs. He also participated in a jewellery making workshop in 2015, creating a beautiful series of lost wax rings that were cast in resin and rubber.

My grandfather’s Country is Malara and my father’s place is Kunamata. I can’t put that story onto canvas or ceramics because it is a sacred place; a men’s place. Both my father and grandfather made Kulata (spears) but I learned how to make Kulata on my homeland (Racecourse). I had a really good teacher, Mr William Sandy, my great tjamu (uncle) who is known for making kulata wiru (good spears). I started creating this design, making the lines on the clay, at an Ernabella Arts ceramics workshop in 2015. Later I looked at those lines and I thought they resembled Urtjanpa (a long piece of thin timber) that we cut to make Kulata. I feel good when I’m in the ceramics room making these pots because they remind me of the Kulata we made on my homeland.