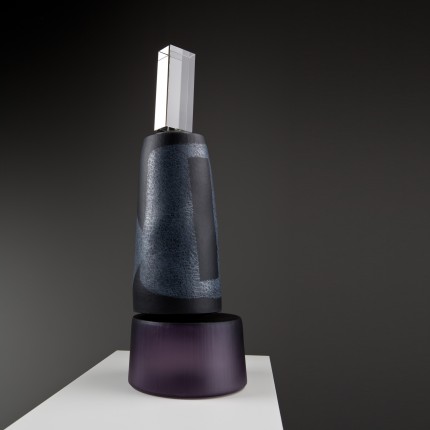 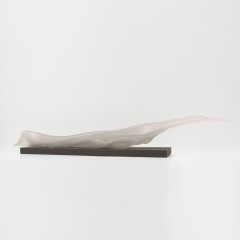 SOLD Not Just a Skin 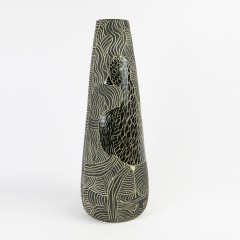 We would like to congratulate three of Sabbia Gallery’s artists on the recent acquisitions of their work from their 2016 exhibitions into two of Australia’s public collections.

Nick Mount held his solo show titled Hard and Soft Geometry at Sabbia Gallery in April 2016. His incredible work, from his new Beacon series, titled Crystal Beacon has been collected for inclusion in the National Gallery of Australia collection.

Kirstie Rea held her solo show titled Interior Terrain at Sabbia Gallery in July 2016. The free standing glass and timber sculpture Not Just a Skin has also been acquired for the National Gallery of Australia collection.

Carlene Thompson, one of Ernabella Arts’ senior artists exhibited a series of carved ceramic vessel forms as part of the womens exhibition at Sabbia in May 2016. The show titled Pukatjalanguru kungka tjuta kunpu warkarinytja – Ernabella women: strong work, together was a great success and introduced new work by both emerging and senior artists from the ceramic studio. Carlene’s work Tjulpu Putitja II was included as part of a special exhibition titled Speaking Colours which opened at Goulburn Regional Art Gallery on 17 September. The gallery has now acquired the artwork as part of their indigenous art collection. The exhibition, curated by Angela D-Elia, runs until 22 October.