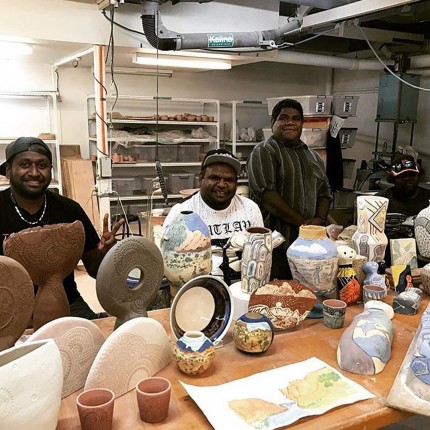 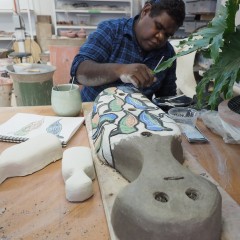 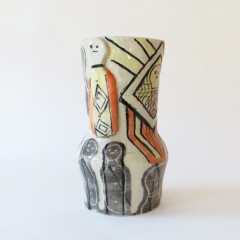 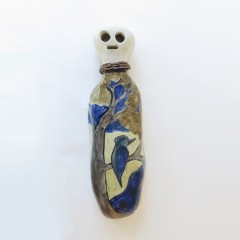 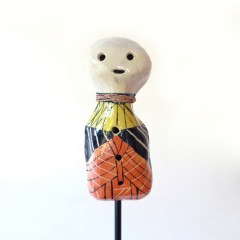 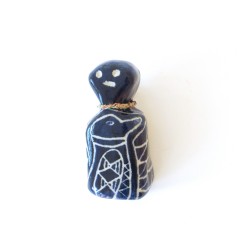 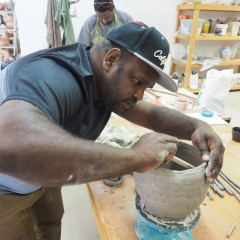 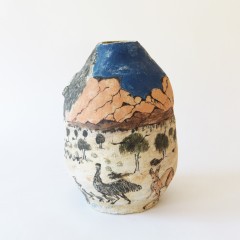 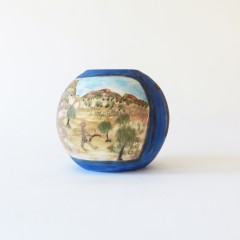 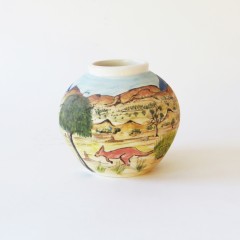 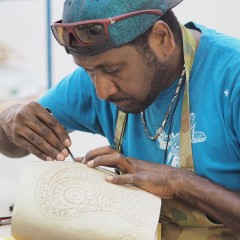 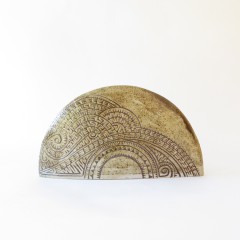 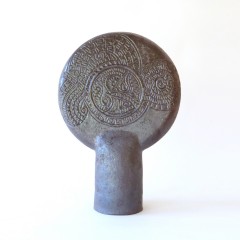 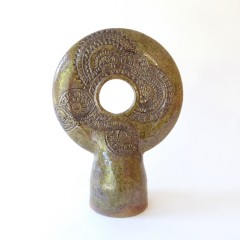 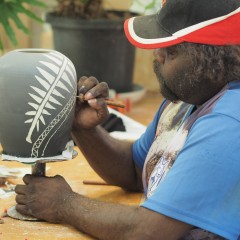 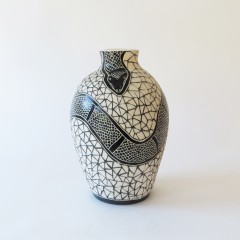 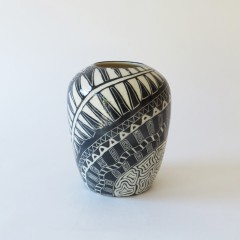 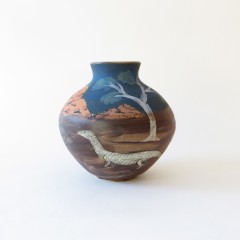 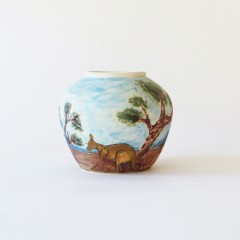 During the Tarnanthi: Festival of Contemporary Aboriginal and Torres Strait Islander Art in October 2017, Jimmy K Thaiday, Nephi Denham, Lawrence Inkamala and Derek Jungarrayi Thompson took part alongside one another as part of a ceramics residency at JamFactory in Adelaide. The four men are all emerging ceramic artists exploring, the expressive and celebratory qualities of the medium. The men each work within the art centres in their communities – Jimmy K Thaiday at Erub Arts, Nephi Denham at Girringun Aboriginal Art Centre, Lawrence Inkamala at Hermannsburg Potters and Derek Jungarrayi Thompson at Ernabella Arts.

The residency is the first in a series of planned activities for the recently reinvigorated Remote Communities Ceramics Network. The Network was established in 2006 and is a semi-formal alliance between five remote Aboriginal and Torres Strait Islander art centres working in clay. Artists from each art centre are also presenting new work in Clay Stories: Indigenous Ceramics from Remote Australia. The exhibition is presented by Sabbia Gallery, Sydney and is currently touring regional galleries throughout 2018 and 2019, supported by Visions Australia.

The residency presented the opportunity for the men to refine and deepen their command of clay – broadening their technical knowledge and pushing their creative practice through working alongside each other. The intention being that they return to their respective communities with a greater mastery of the medium, as the community ‘clay bosses’ perhaps.

Sabbia Gallery is thrilled to be presenting selected ceramic artworks that were created during such a significant residency.