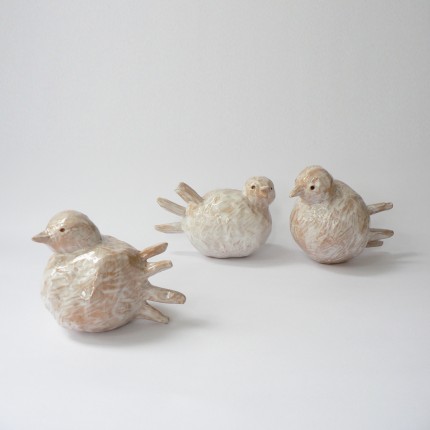 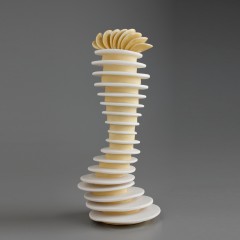 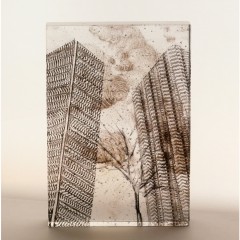 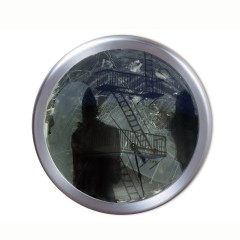 Featuring the brightest and freshest faces of glass and ceramics in the country, Gather is a celebration of the extraordinary talent that Australian students have to offer.

This exhibition forms part of Sabbia’s commitment to nurture future generations of glass and ceramic practitioners, these four artists display extraordinary skill with their chosen material.

Included in the exhibition is Ruth Oliphant who studied at Canberra School of Art at Australian National University and has been the recipient of several awards and residencies that has seen her work evolve from architectural urban environments with underlying melancholy, to soft abstracted vignettes that draw on the feelings of spaces and recalled memory in earthy palettes.

Having graduated from Canberra School of Art in 2004 and completing First Class Honors at Sydney College of the Arts in 2007, Lee Mathers has been the recipient of several prizes, and most recently was awarded a mentorship with Janet Laurence. Her work recalls memories and environments that have been captured and manipulated with the lens-like qualities of glass and frozen in time.

Jacqui Hudson & Sarah Keenan-Jones both graduated in 2009 under the exacting tutelage of Merran Esson at the National Art School, with which has seen their precision with the material and the ability to present their ideas in a clear and mature way.

Jacqui’s still-life sculptures speak of the built environment and deal with gravity in a playful whimsical fashion, resulting in highly resolved and elegant forms that entrance the viewer. Sarah has recently returned from Rome and has drawn on the history of the Naive and Folk periods in European ceramics, as well as exploring the particularly influential Pigeon series by Pablo Picasso. She looks at how animals have been depicted across time and imagines their dialogue and form with minimal lines in their depiction, allowing the expressive qualities to be viewed by the audience.
A
ll share a strong commitment to their practice and look to a strong future as practising artists. An exciting chance to see the next generation of rising stars.