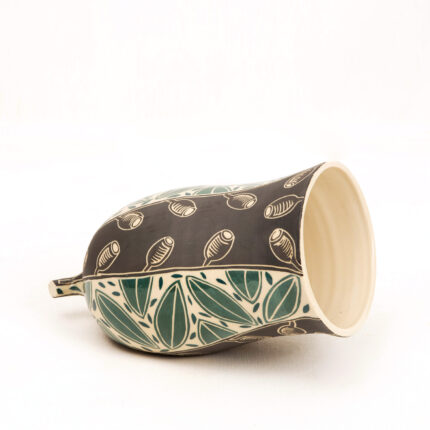 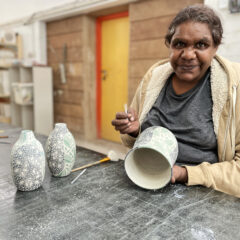 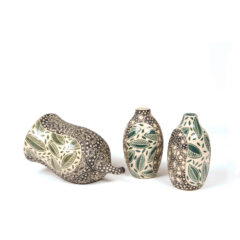 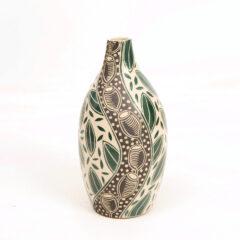 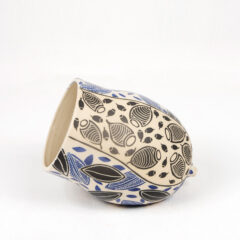 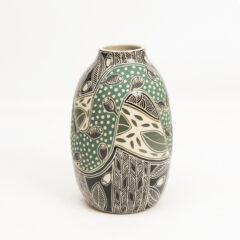 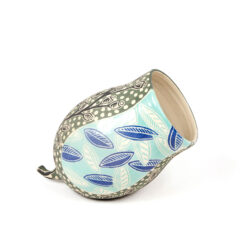 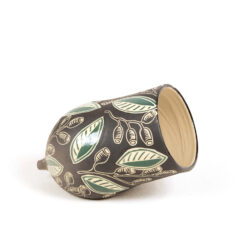 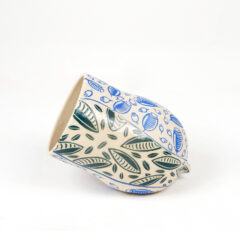 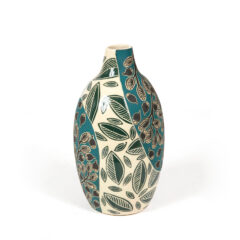 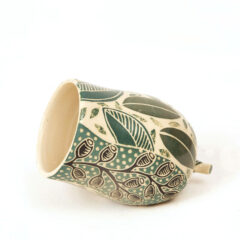 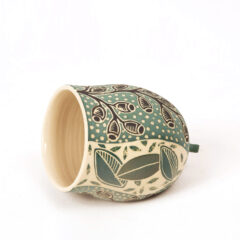 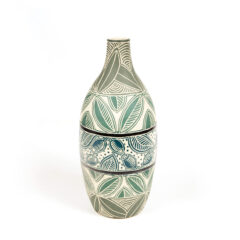 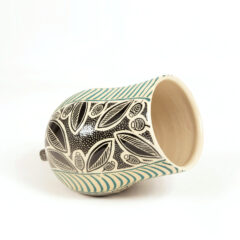 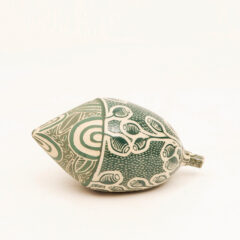 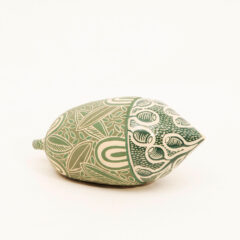 Marissa was born in 1985 and grew up between her family’s homeland and Ernabella. She aended Kenmore Park Anangu School.
Her father was an integral part of the APY Land Rights Movement, and her mother, Carlene Thompson is a former Ernabella Arts
chairwoman and a senior Ernabella artist. Marissa has four sisters, three of whom are also practising artists at the art centre. She
has two young children with her partner.

Marissa completed her first painting at Ernabella Arts in 2007 and her first ceramic work in 2009. She was an integral part of the
first two workshops at Ernabella of the Indigenous Jewellery Project. Her jewellery work incorporates resin, traditional timber
carvings and designs cast in silver. Her jewellery was exhibited at the Jam Factory as part of the Tarnanthi Festival in 2015.
Marissa’s artistic style in both ceramics and painting is incredibly precise. Her work often depicts tatgu (gumnuts), kurparu
(magpies), tjanpi (grass) and sometimes branches out into minyma inma (womens ceremony), tadpoles, the rainbow serpent and
maku (witchetty grubs). Marissa is also a skilled ceramic hand builder.

Marissa’s ceramics continue to be exhibited throughout Australia and overseas including Belgium and Macau in 2021.

My land is the desert plains. I used to do jewellery, I learned it from my grandmother (my father’s mother). She used to collect the tatgu (gum nut) and use hot wire to make it into jewellery. She was wearing it herself and sometimes it was for sale. I used to help her make it, she taught me and I learned it quick.

I learnt a lot of things from my Nana like wood carving, making little birds and lizards from punu (wood) that we collected from the creek. This is Anangu way. Now I use all that knowledge and I put it onto my ceramics.

My Aunty (father’s sister) was also a special lady. She taught me for bush medicine and we learn everything to do with bush fire and after the fire how to hunt for kuka (meat) like kangaroo. After bush fire there’s going to be new tjanpi (grass) and I do this in my artwork too.

I was lucky my Nana was still alive when I was growing up. She was a strong lady as she stayed out in the bush all the time. My father and my Aunty were ninty (clever) because they learn everything from her and then they teach it all to us kids too.