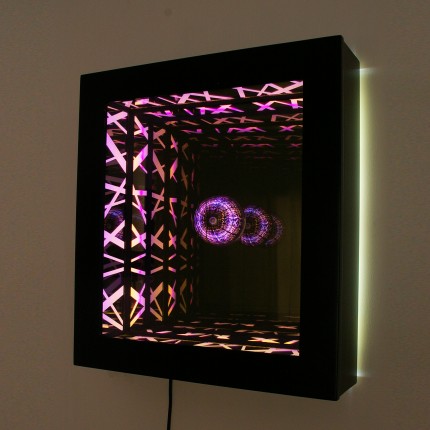 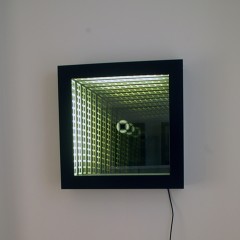 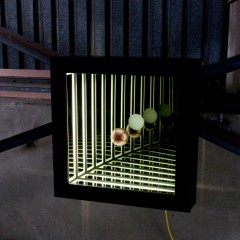 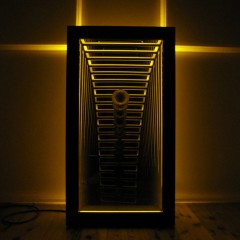 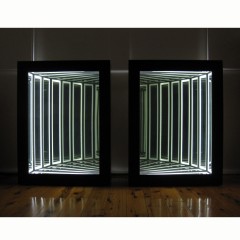 Since graduating with Honours in 2006, he has achieved amazing accomplishments including an acquisition by Artbank, being awarded as a finalist for the exclusive Tom Malone Glass Prize in 2011 & 2012 and most recently a hugely successful solo exhibition at Danks St Sydney.

Sims has been presenting his work in a series of light boxes since 2009, exploring the way that light is captured and reflected back within the confinement of the space. The blown glass elements incorporated into the pieces act as a kind of beacon within the box, giving the viewer a point of reference within a reflected world.

Since 2009 I have been creating an evolving series of light boxes. They reflect a real space upon itself creating the illusion of a never-ending void.

I am interested in the ways in which people create meaning in their lives – how perception and choice directly impact our reality. My work seeks to explore what it means to exist, inviting contemplation of the structures in which we live, physically and socially, and presenting an endless expanse of infinite possibility.
The blown glass elements incorporated into some of the pieces, serve as a point of reference, a kind of beacon, which catches the light and enhances both the sense of confinement and space.

I find the natural human instinct to explore and discover, not just in a physical sense, but also within the parameters of our own minds, a truly captivating characteristic and something unquestionably universal. I am most interested in creating work that will not merely be viewed, but experienced.