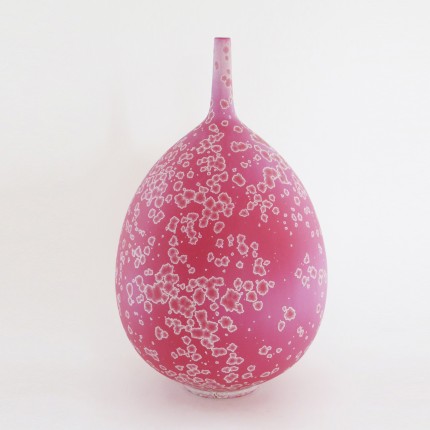 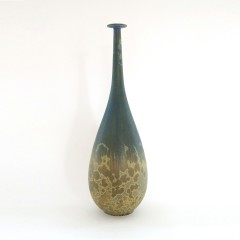 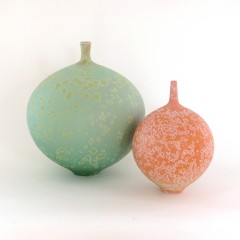 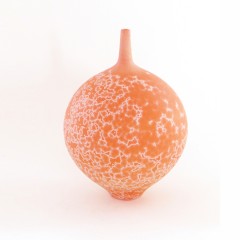 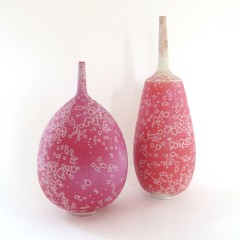 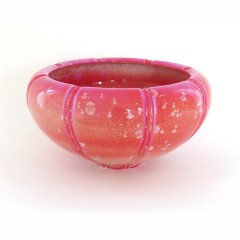 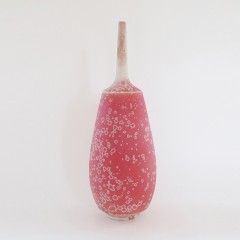 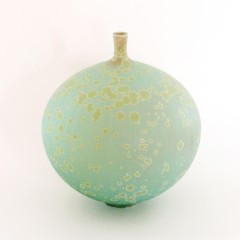 We are thrilled to have received a small grouping of ceramic pots by the Victorian master potter and sculptor Ted Secombe in the lead up to his solo exhibition ‘Of Form and Glaze’ in Gallery Two in September 2014.

Sabbia’s director Anna Grigson worked with Ted on a number of solo exhibitions in the mid 1990’s and is delighted to have the opportunity once again.

THE POTS ARE NOW AVAILABLE TO VIEW IN THE GALLERY

After 3 decades at his potter’s wheel, Ted Secombe says that making pots is more challenging now than when he first began, as his motivation is the purely the expression of his ideas and creativity. He has now developed a mastery of the medium that allows him to take his experimentation further than ever before.

Ted likes to work with different shapes and now prefers much simpler forms, forms with the sense of an easy curve, ‘like a brush stroke’. ‘My inspiration comes when the clay is on the wheel and I am looking at the sensuousness of the curve,’ he says. Sometimes he is influenced by the structure of plants and leaves. Ted’ s other passion is gardening and he has created a glorious two-acre garden around his studio.

While the grace and size of the pots is impressive, the glazes Ted uses are rich in colour, and delicate in texture and patterning.

Ted Secombe is well known for his beautiful crystalline glazes, as well as his pots of cobalt blue and deep crimson. He works with a huge range of colours and, as with his forms, Ted is now experimenting and developing a new range of glazes, some of which are reminiscent of ancient Chinese glazes. The new glazes involve different firing procedures and Ted is attempting to achieve the best possible results by altering the time and temperature of the firing.

The colours in his garden are also an inspiration to him, and his glazes in autumnal colours are a direct response to the autumn season in Victoria. Ted lived in Queensland for many years, originally establishing a studio in Toowoomba in 1979, before he moved to the Yarra Valley in 1989.

Ted Secombe’s work has been exhibited throughout Australia and in Sendai, Morioka and Sapporo in Japan. In 2001 he was invited to show a selection of pots in an exhibition of the world’s ten top crystalline glaze technologists, in Leeuwarden, Holland, and his pots received great acclaim. Ted’s work is in many public and private collections, and he now receives commissions to produce large ceramic works for corporations and hotels in Australia, Singapore, Kuala Lumpur, Hong Kong and Shanghai.

“My need to create vessels of monumental size is driven by a desire to challenge myself as a maker. Being involved in large ceramic vessel production increases awareness of the diversity of skills required to bring about a successful outcome.

Complex problem areas of creation are magnified as vessel size increases. Meticulous planning, advanced throwing skills and physical strength are an integral part of the process.

Glazing poses particular problems as vast surface areas have to be dealt with. Successful pieces of monumental size have a presence that small pieces cannot emulate.

Monumental beautifully formed vessels fill a place of importance in the viewer’s imagination. I personally create vessels suited to both grand entrances like those experienced in International hotel lobbies and garden environments where natural elements like sunlight and raindrops can enhance alter or play with form and glaze.”