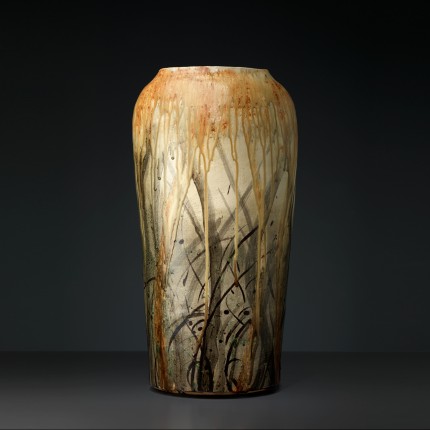 We would like to congratulate our artist, the wonderful and inspiring Jeffery Mincham AM on receiving the $10,000 2016 North Queensland Acquisitive Ceramic Award.

Pinnacles Gallery at Riverway Art Centre was a scene of excitement and anticipation on Saturday evening as the winners of the 2016 biennial North Queensland Ceramic Award were announced. Jeff Mincham AM was the major winner of the evening, having been awarded the City of Townsville Art Collection Award worth $10,000 for his spectacular piece Bush Ballard (Forces of Nature Series) 2015.

Cathy Franzi who received the second award, the Scott Brickworks Award for $1,500 for Silver Banksia, 2016 will be exhibiting in Sabbia Gallery’s Gallery Two exhibition space from 12 October 2016.

Congratulations to both artists.