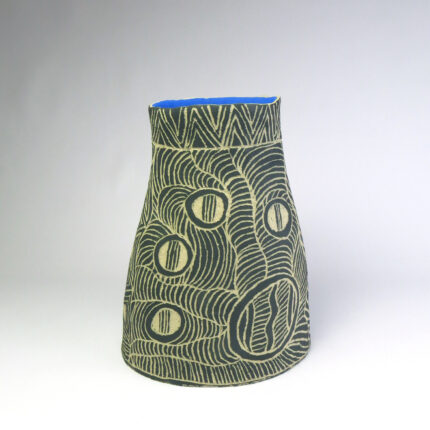 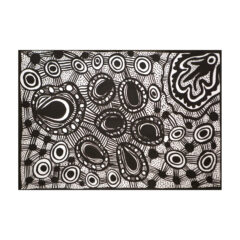 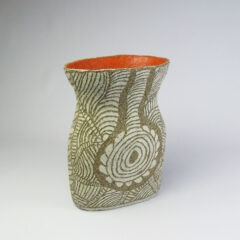 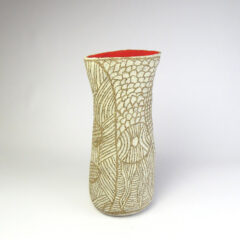 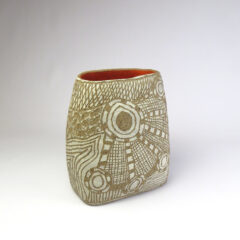 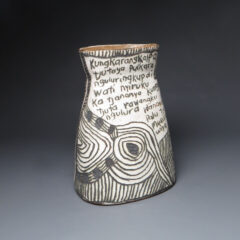 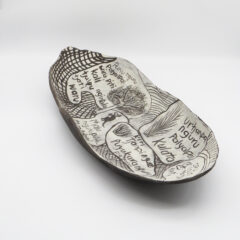 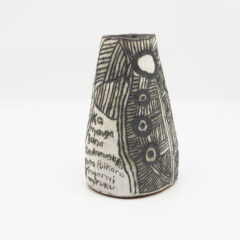 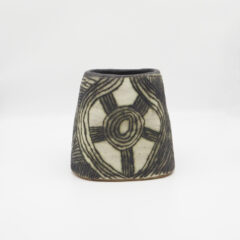 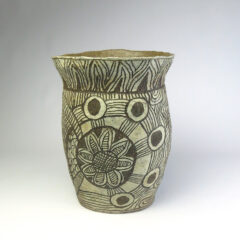 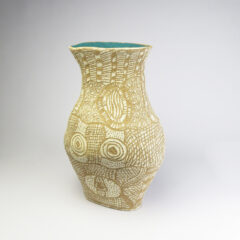 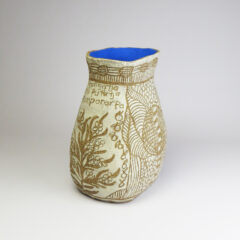 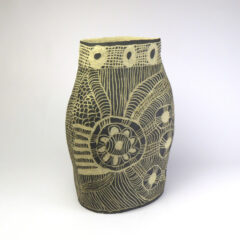 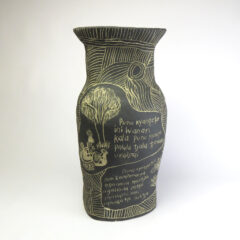 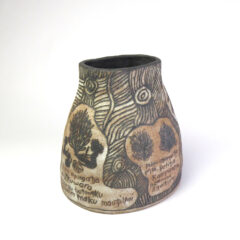 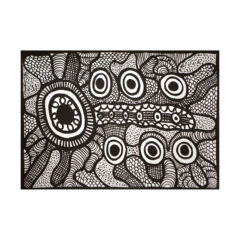 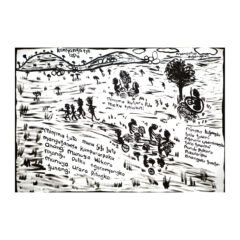 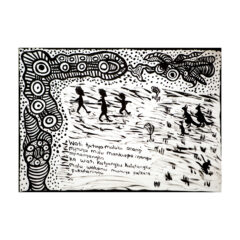 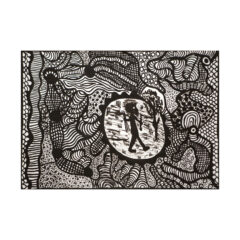 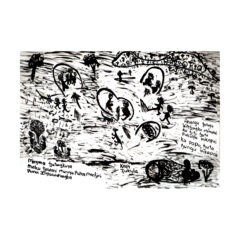 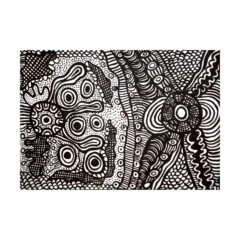 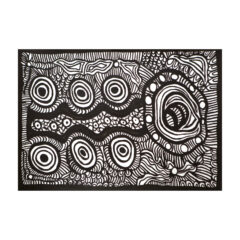 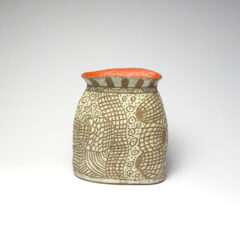 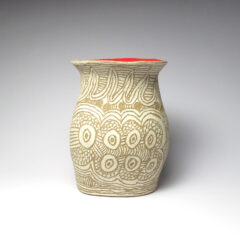 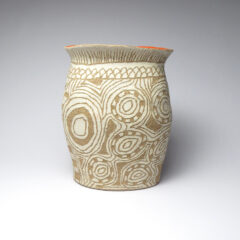 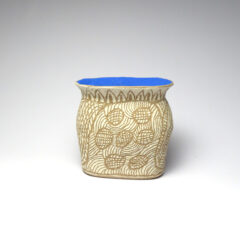 Tjunkaya grew up at the Ernabella Mission. In mission days, the building which is now the art centre was originally used as a food hall by the missionaries. In 1948 it became the Craft Room, where the first work was by women, spinning wool and rug making. Most of the senior artists painting on the APY Lands today have passed through this building across more than one of its incarnations.

Tjunkaya began work in the Craft Room making weavings, later excelling in the medium of batik, and became one of the outstanding artists with work in several public collections. Her work was featured on the cover of Judith Ryan’s ‘Across the Desert: Aboriginal Batik from Central Australia.’

Tjunkaya also works in ceramics, tjanpi, punu, print making, spinning and mukata making and her work in these mediums has been seen in numerous exhibitions in Australia and internationally since 1971, in public and private galleries. Her works are held in many national and international collections, including the National Museum of Scotland, National Museum of Australia, National Gallery of Australia and the Museum of Ethnology, Osaka.

Since 2015, Tjunkaya has chosen to concentrate on painting and tjanpi sculpture. This focus has seen her become one of the most in demand female artists on the APY Lands and increasingly recognised in these two mediums. In 2010 and 2011 she was collected by Artbank, and in 2011 and 2012 selected as a finalist in the Togart Contemporary Art Award. In 2012 her tjulpu (bird) tjanpi sculptures were selected for exhibition in the National Aboriginal and Torres Strait Islander Art Awards (the Telstras). 2011 marked the commencement of Tjunkaya’s 5th decade of working at Ernabella Arts. Her first solo show was in 2012 at Alcaston Gallery in Melbourne, where Tjunkaya exhibited a mix of paintings and tjanpi sculpture.

She was the Deputy Chair of the art centre and the leader of the Nintintjaku Project, an inter-generational teaching project working with Ernabella Anangu School and the Ernabella NPY youth team. She has also recently recommenced work in the ceramics studio, exhibiting ceramics again for the first time in a number of years. Tjunkaya is also a prolific writer in Pitjantjatjara. She is currently developing a bi-lingual children’s book. She also has essays published in a number of exhibition catalogues, including the Desert Mob 2017 catalogue and the catalogue for the 2017 Tarnanthi: Festival of Contemporary Aboriginal and Torres Strait Islander Art.

In 2016 Tjunkaya took part in a collaborative project, a tjanpi (woven) sculpture called Minyma Tjirilyanya Ngaltujara Pikatjara (Echidna Woman Hurt and Sick). This tells an ancient story of the Echidna Woman. This work was listed as a finalist in the Naonal Aboriginal and Torres Strait Islander Award.

In 2018 Tjunkaya’s life’s work as a representative for her people, an artist and a writer was recognised and she received the Gladys Elphick Award for Lifetime Achievement. In 2020 Tjunkaya was awarded an Order of Australia, General Division in the Queen’s Birthday Honours.