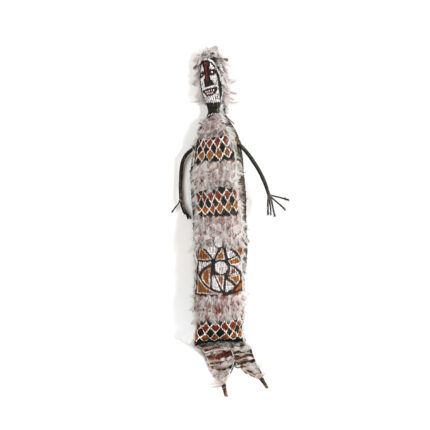 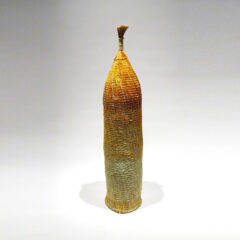 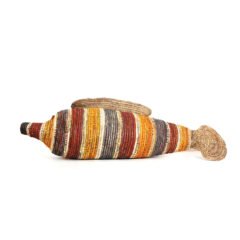 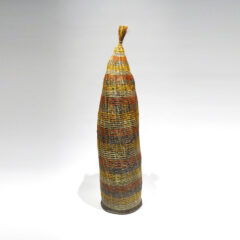 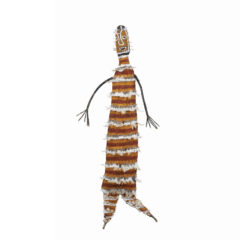 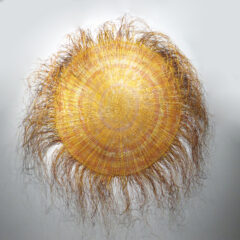 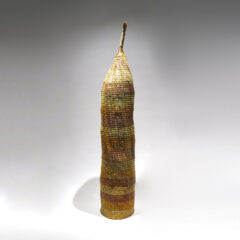 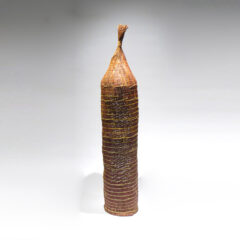 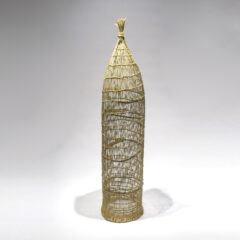 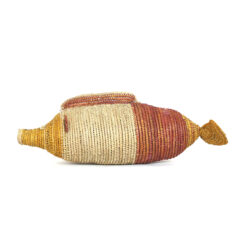 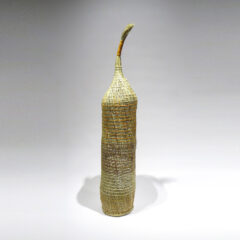 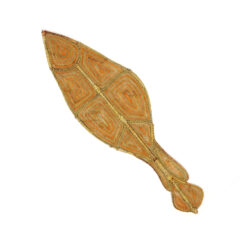 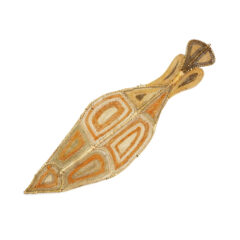 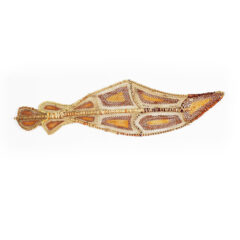 Sabbia Gallery is pleased to present An-jawa, a curated selection of new works in fibre by some of the foremost artists from Maningrida.

Maningrida Arts & Culture is based on Kunibídji country in Arnhem Land in Australia’s Northern Territory. The area where artists live encompasses 7,000 square kilometres of land and sea, and over 100 clan estates, where people speak more than 12 distinct languages. Aboriginal people in this region are still on country, surviving and resilient because their country is the centre of their epistemology, their belief system, culture – djang.

Artists’ works from the larger Maningrida region can be seen in collections and institutions around the world. Works in fibre from the Maningrida region are widely recognised as some of the finest in Australia. Artists confidently push the boundaries of fibre craft and cultural expression, adapting traditional techniques and forms to produce strikingly inventive and aesthetically exquisite artworks.

The art of fibre has a long history in Arnhem Land as evidenced by the many depictions of fibre objects in the rock art of the escarpment plateaus. There are also spiritual dimensions to weaving, which vary according to the materials used and the totemic significance of the object made.

An-jawa, translates to ‘creek’ in Burarra language. Many of the works in this exhibition have been created by Burarra language artists. The works on show including fish traps, water spirits and animals are all associated with water and can be seen in creeks beds throughout the region.

Fish traps (an-gujechiya) are used in saltwater and freshwater. People also use fish net fences called mun-dirra. A long time ago they would put the mun-dirra across rivers and creeks. In the middle they would place the an-gujechiya. They also used small things like sticks, rocks, mud and grass to block the fish from going through. People would then catch fish like saltwater barramundi rajarra, freshwater barramundi (janambal), small black freshwater catfish (buliya), bonefish (an-guwirrpiya), and sand bass (dalakan) in these fish traps.