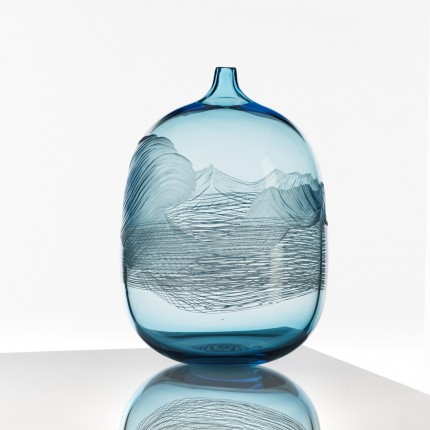 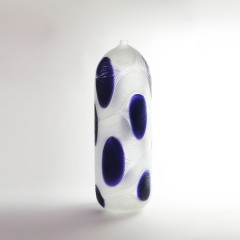 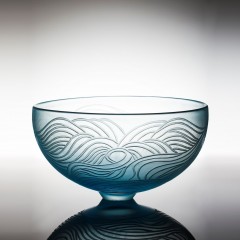 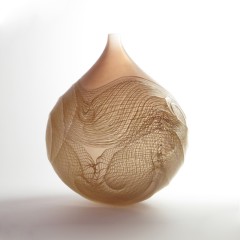 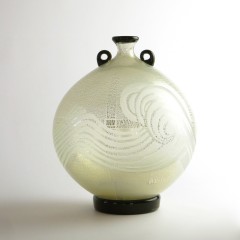 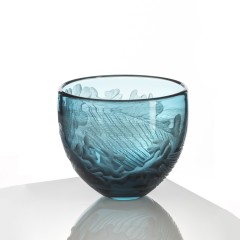 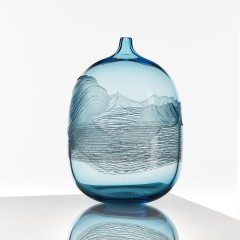 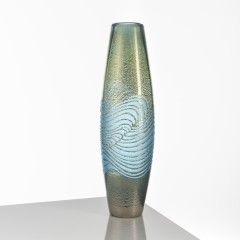 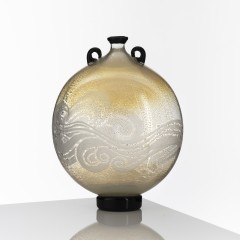 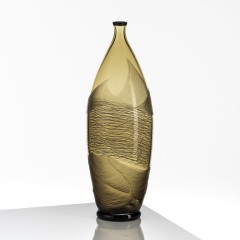 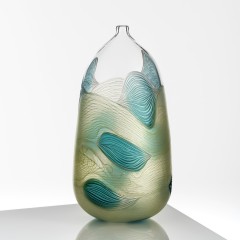 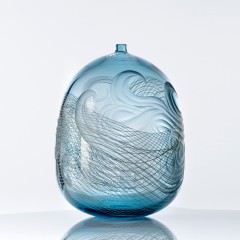 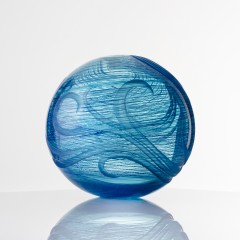 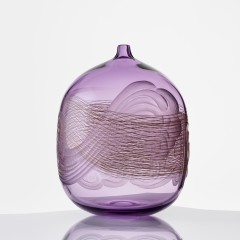 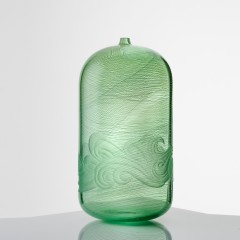 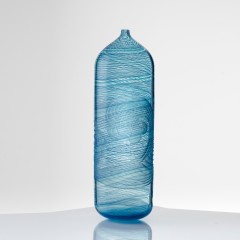 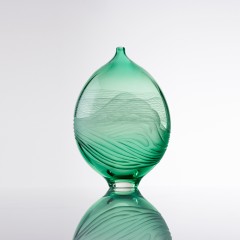 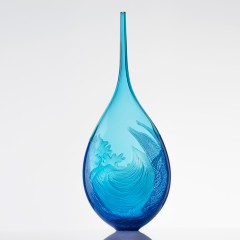 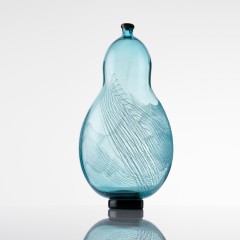 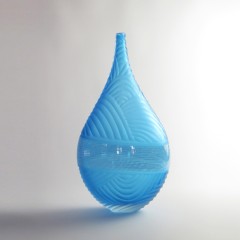 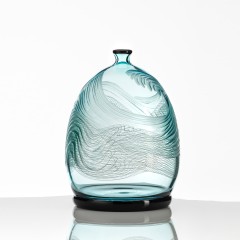 As one of the most successful artistic partnerships in Australia, the glass of Ben Edols and Kathy Elliott has received international recognition. Over the last twenty seven years, they have collaborated on artwork that has inspired many through its beautiful and compelling use of colour, form, pattern and light. They have created some of the finest bodies of glass art both within Australia and overseas in that time.

The artwork of Edols and Elliott has been exhibited worldwide, and has been acquired for some of the leading international public and private art collections including the Victoria and Albert Museum in London, The Museum of Art and Design in New York, The Toyama Art Museum in Japan, the Corning Glass Museum in New York and the National Gallery of Australia in Canberra.

The theme of tumultuous and cascading oceans that gave rise to the works in the ‘Surge’ and ‘Flood’ series has stayed with us as a source of inspiration for the work in this exhibition ‘Undercurrent’. We battle with being out of control in the face of changes in our lives and the lives of those close to us. The raging and restless ocean is a symbol that still draws us in.

Embracing this familiar theme we have both tried to push ourselves into new territory with the glassblowing and the carving. For Ben it is the considered application of the cane, to represent the chaos of the storm. For Kathy it is a transition from the stylised wave patterns with their Eastern reference to a more Western representational style carved onto the vessel working over and around the applied cane.