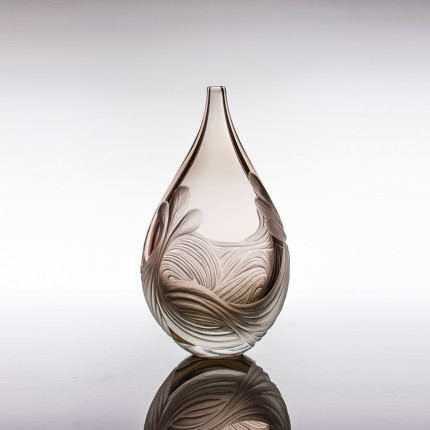 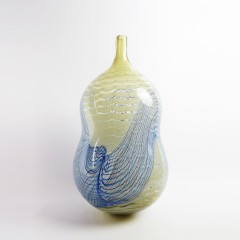 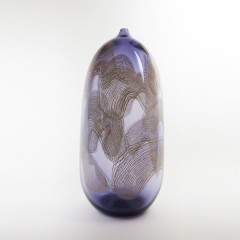 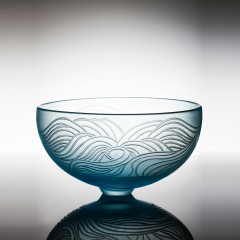 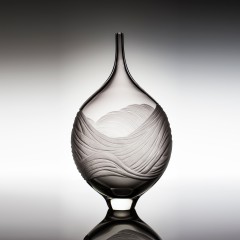 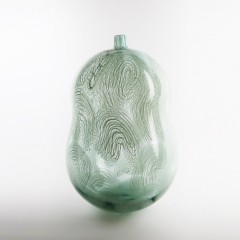 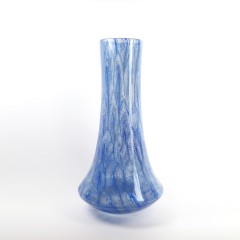 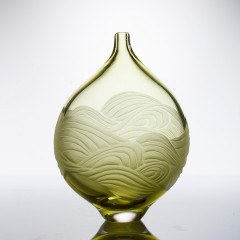 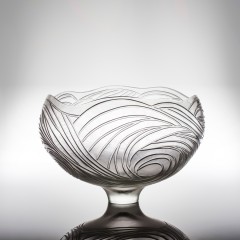 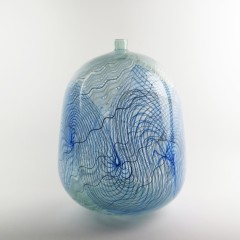 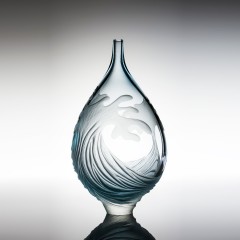 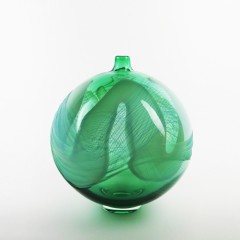 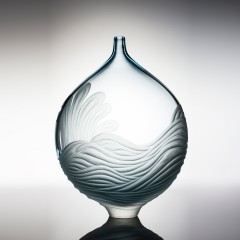 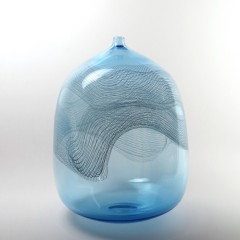 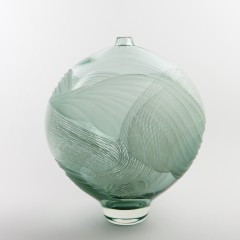 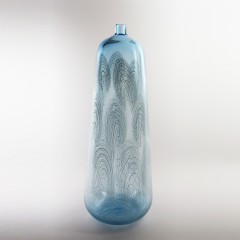 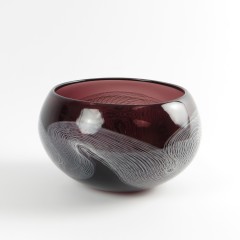 Last year in February we closed our glassblowing and cold working studio that we had built and run for fourteen years. I came to realize that even though constructing something is hard work to demolish something you have created is harder. It’s harder because you resist yourself at every turn .We came to refer to 2014 as our fallow year, we let the change take us and shake us out

When I look back on the series titles from the last few years I see there has been a growing awareness that this change was coming. There was the ‘Tidal’ series in 2012 which became ‘Torrent’ in 2013. No wonder this show is called Deluge .

When the time came in the second half of last year to work towards this show I found I couldn’t escape thoughts and images of immense waves , huge bodies of water dwarfing the land .Water crashing as it hit the shore and all the overwhelming intensity that those images bring. That was the imagery I wanted to capture.  In the past our work hasn’t generally carried any burden of expression. I would say except for the Shelter series in 2010 our work has always been concerned with being beautiful work beautifully made. This body of work is a departure from that. Not that it isn’t beautiful work beautifully made but there is an intentional feeling I have tried to work towards in each piece.

I am not a representational artist so I looked to traditions where imagery of rushing water was stylized and Japanese textile design was a great springboard for applying linework and movement to get the sense I was looking for. There is a reference to the  iconic image by Hokusai , the tidal wave off Mt Fuji in here as well. I looked at poems on the theme of storms and I found a playlist of songs that helped me find a place where I could always find my way into this work because thankfully my need to make the work subsided as I made it.  Having made the work has delivered me from that place and time has done it’s work as well.