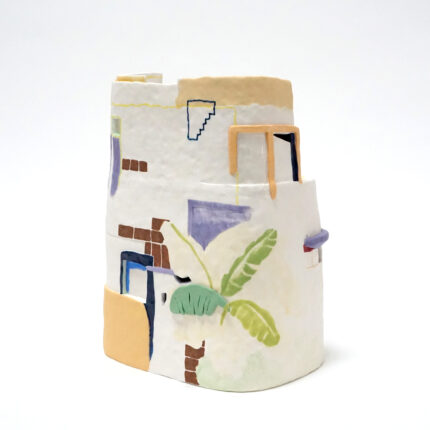 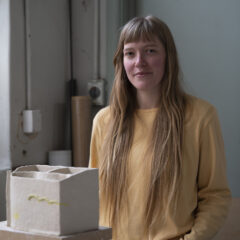 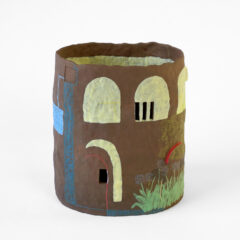 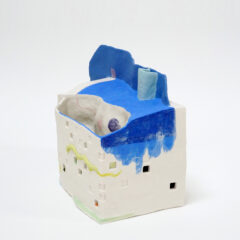 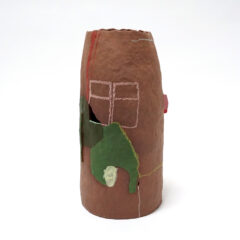 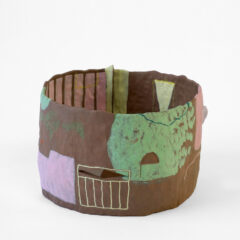 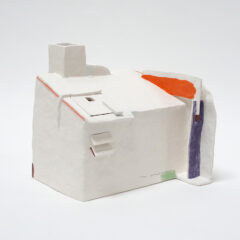 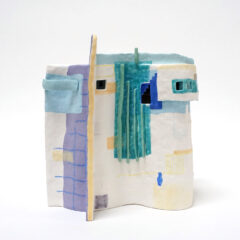 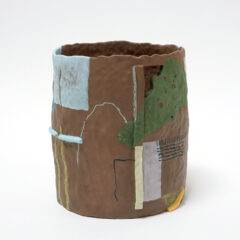 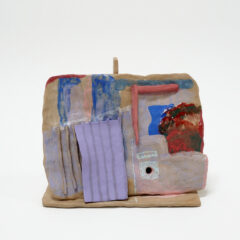 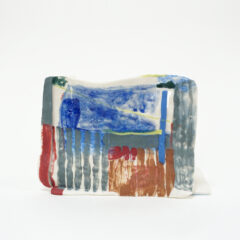 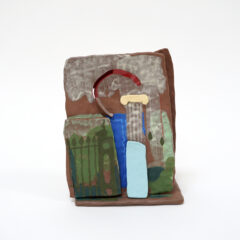 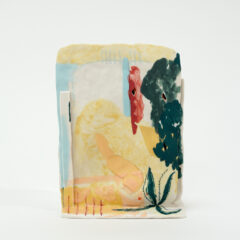 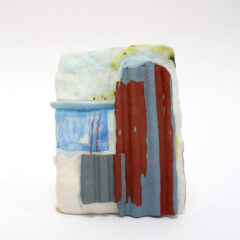 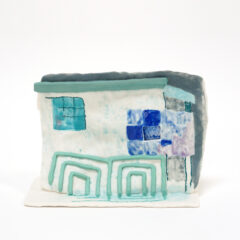 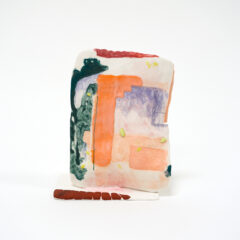 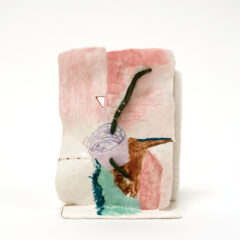 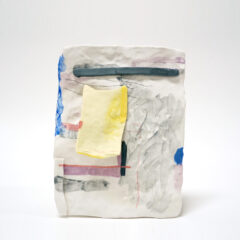 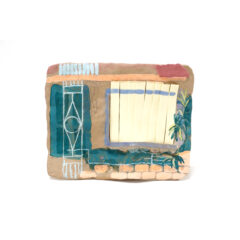 Sabbia Gallery is pleased to launch our final solo exhibition of 2020,  Inside Outside by Holly Macdonald.  Sabbia exhibited emerging artist Holly in 2016 as part of the National Art School Sydney Exhibition Prize, and we are delighted to able to present this exciting and greatly anticipated new body of work four years on.

Holly utilises a painterly approach to clay, and the forms feature cut outs, drawings and painted elements of houses that are instantly recognisable. They are manipulated into elements of our domestic built environment, and the viewer is asked to look through and within the object, much like we do as we wonder our neighbourhoods, imagining what life must be like beyond the front door.

Many elements press up against one-another in the making of a hand-made object, from the history of a form, to the politics of the place and space where the object is made, to the thoughts and body of the maker.

This series of works began earlier this year as my housemates and I searched for a new rental property. I found myself captivated by the front gardens and façades of houses – our prospective new homes – but then also many other homes in the suburban streets around us.

Furtive glances and blurry photos returned to the studio with me. As the year progressed and Melbourne descended into lockdown, my relationship with the outside world narrowed and intensified. The resulting ceramic objects respond to the idea of inside and outside in a physical and psychological sense. They record an angular language of fences and screens, columns and brickwork, doors and windows glimpsed through the outward and upward thrust of plants busily growing. Each work plays with the tension between what is revealed and concealed.