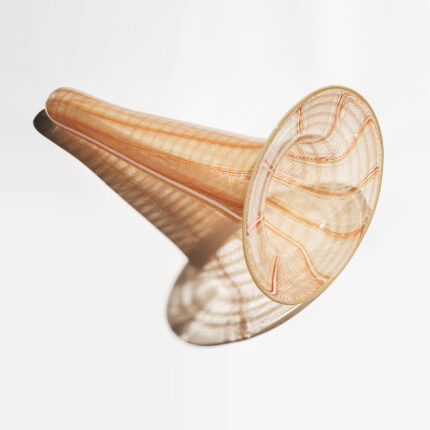 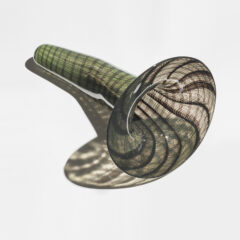 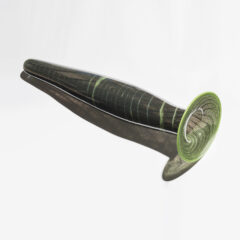 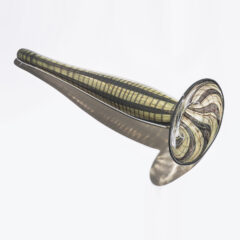 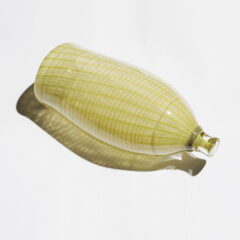 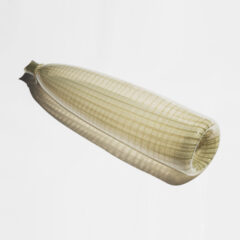 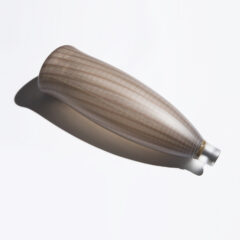 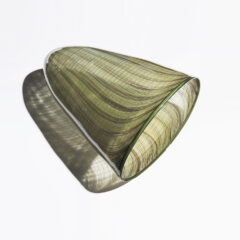 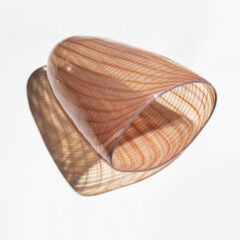 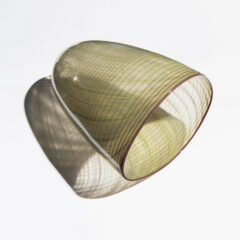 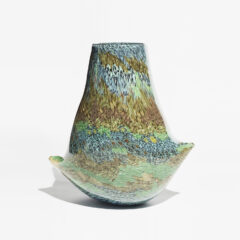 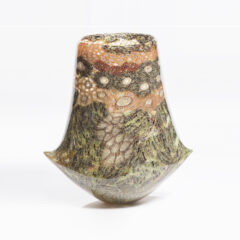 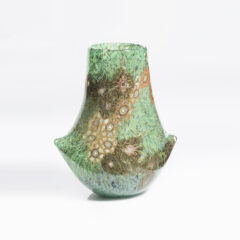 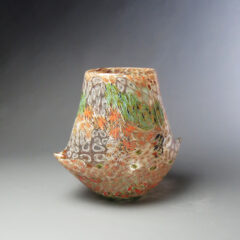 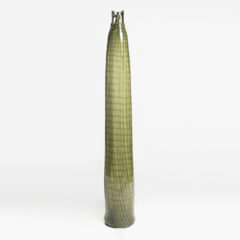 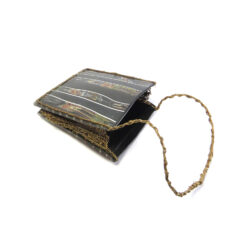 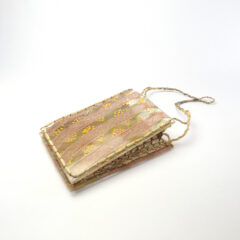 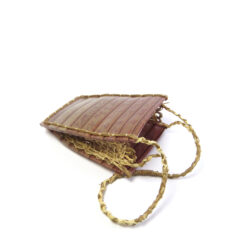 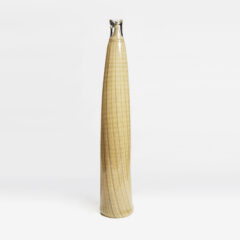 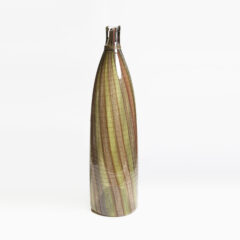 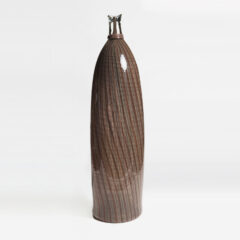 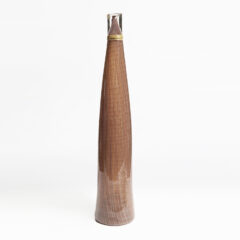 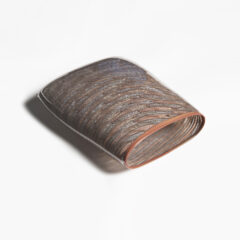 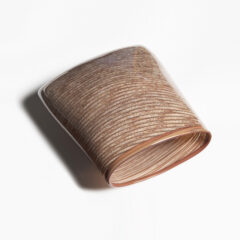 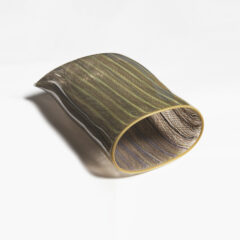 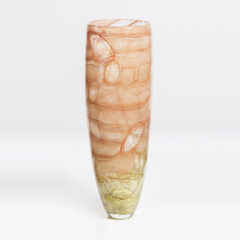 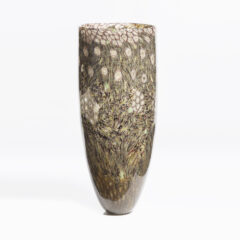 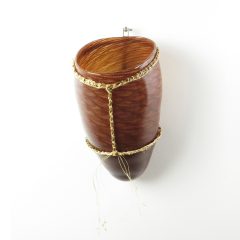 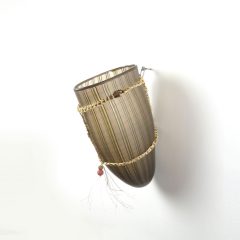 As a contemporary urban based Australian Aboriginal (Arrernte) glass artist, my aim is produce a body of traditionally inspired works that will pay tribute to our traditional weavers, and provide recognition for these ancient cultural practices through the contemporary medium of glass within the aesthetics of both. I have concentrated on the incredibly beautiful forms of traditional woven eel traps, fish traps and baskets, fish scoops, sieves, scoops and dillibags of our peoples, seeking to evoke the interplay of light and form found in those objects, and in so doing, create contemporary glass works which are also objects of cultural as well as artistic significance.

The complex single, double and triple canes I create for these hot blown glass works admit an interplay of form and light that is very evocative of the light and form seen in traditional woven works, while overlays of transparent colours over opaques allow me to experiment with the various colour transitions of Australian native plant fibres used for weaving throughout their lifespans, from just harvested to aged.

In these works I pay tribute to the oldest living weaving practices in the world. They signify the continuity of heritage, place, peoples, community and our collective cultural identity.  They mark the passage of knowledge between generations and the continuity of cultural practices since the beginning of living memory and reiterate the critical role our shared  environment plays in sustainability and survival.

Gather, as well as being the technical term for picking up molten glass from the furnace on a pipe or puntie, also refers to the traditional uses of Aboriginal woven objects to gather and carry food and medicines from the natural environment. This exhibition also gathers, in that it brings together a body of work representing my exploration into traditional Aboriginal woven objects, their forms, weaves and characteristics that I began in 2008 as the GlassWeave Project. Over the ensuing 12 – 13 years, I have progressively experimented with the colours of regionally diverse native plants used in those objects, as well as their shapes, purposes, weaves and patterns. The hot blown glass objects on exhibition here resulting from that experimentation are inspired by a diverse range of traditional objects. Eel traps made by Gunditjmara and Narrindjerri weavers, standing and reclining fish traps made by Yolgnu peoples of NE Arnhemland, Cape York and many other First Nations, the looping and knotted string dillibags of my Arrernte heritage, coiled and multicoloured baskets from the Kaurna country I grew up on, the exquisite cane bicornual long weave baskets from Cape York and the eastern seaboard nations, the long hunting weapon close weave dillibags from southern Australia, the bark baskets (tungas) from the Tiwi Islands and variations of other bark and kelp baskets and water carriers from freshwater and saltwater peoples.

My process involves creating complex triple and double layered glass canes with both opaque and translucent colours to evoke not only regional variations in plant fibres, but also the interplay of light and shadow captured by those traditional objects. Picking up successive layers of complex canes that encompass each other which are then gathered over with clear glass from the furnace, then blown and sculpted into their final forms.

The Bush Flower bicornual baskets are inspired by native flora and their incredibly beautiful forms and colours. These are created by picking up a specifically designed combination of murrine from a metal pastorelli (or plate) and gathering over them before blowing the final work. The murrine are created from further combinations of complex canes that are then cut into small circular cross-sections and arranged on the pastorelli. The Large Blue Reef Bicornual is inspired by the diversity of undersea plant forms and their movements in the currents of the Great Barrier Reef in healthier times before climate change.

In the bark baskets I have combined hot blown, kiln formed, enamelled and coldworked glass with murrine, and natural plant fibres including tall sedge reeds, natural and hand dyed raffia, and lomandra to incorporate traditional weaving and twining.

This is step further in my explorations of traditional utilitarian forms which I began with the Hanging Dillibags series of works in 2020, and which is further developed in the fish traps in where I have inserted woven fibre panels into the hot blown glass forms.