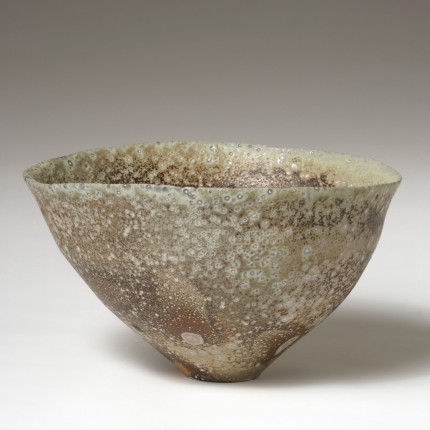 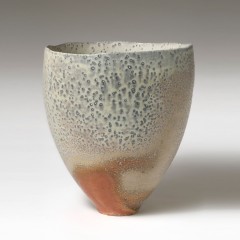 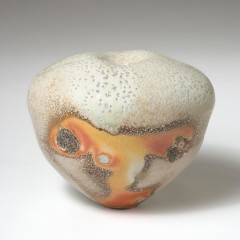 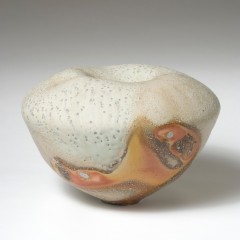 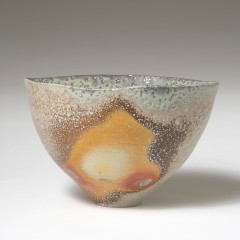 I am becoming increasingly interested in the relationships between mass, form and colour. The soda vapour glazing process makes an ideal medium for exploring these elements and their effects on each other. The choice of form and its placement in the kiln acts to direct the soda vapour and hence, to create surface colour and pattern. I am faced with the question: is it possible to draw with form? In addition, I am intrigued by the relationship between form and mass. My forms result from the manipulation of soft clay. There is an interesting contrast between the movement of a thin wall or slab, and that of a large mass. Some of my works are seemingly stretched like balloons and hence lighter than they appear. Other solid works have an attractive heftiness to them, despite a surface that might imply something lighter.