Jeffery Mincham AM, Fields of Hope 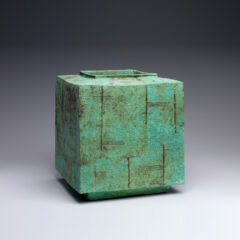 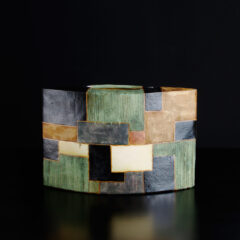 Presenting The Nature of Things, a solo exhibition by Master ceramist Jeff Mincham.

Jeff has had a considerable impact on the arts industry at State & National levels, and has been a major contributor to tertiary and studio education both in Australia and overseas.

His nearly 40 year love affair with clay continues today, and many hours are spent in his shed in the Adelaide Hills developing, stretching, layering and exploring his medium, amongst the natural elements that inspire his work.

He also draws inspiration from ancient philosophers and Japanese aesthetic theory relating to the celebration of the worn, weathered and imperfect, and how elements are altered by nature over time. Details of weathering in nature inspire his practice, and as clay is the closest to earth, there is no question that Jeff would work in any other medium.

The Nature of Things promises to centre on the natural progression of a master ceramist who pushes the clay through multiple firings and an intrinsic understanding of the capabilities of the medium. His glazes are no longer a snapshot of the landscape, but focus on the elements of nature, whilst exploring details in the simplified arrangements of colour & form.

‘The idea that there exists in everything a unique characteristic that can be referred to as “its nature,” and that it is possible to express that “nature” through form and surface in a way that engages the sensibilities, continues to be a source of constant challenge and inspiration.

Ceramics is a medium especially suited to dealing with these ideas; bringing with it its own special nature that has engaged the minds of many through the centuries. It lends itself to the great variable of “temperament” by constantly laying before you the unexpected.’ JEFF MINCHAM 2008

A Mincham is an essential in any serious collection, and his recent status of Living Treasure is sure to re-affirm him as one of the most collectible artists in the country.