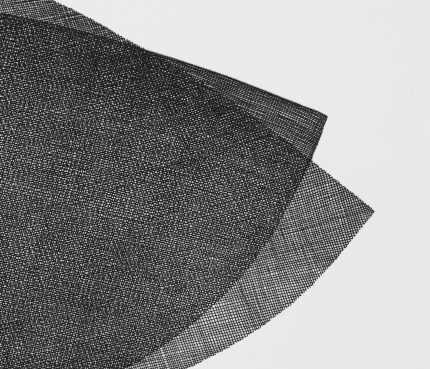 We are delighted to announce that Sabbia artist Mel Douglas is the winner of the 2020 Tom Malone Prize for Australian glass artistsfor her work Tonal Value 2019.

About Mel Douglas’ winning piece, the Judges stated: “While acknowledging a truly stunning short list, we were unanimous in our decision to award the Prize to Mel Douglas for her five-part wall work, Tonal Value. A study in colour, form and transition, balance and counter-balance, it is both subtle and strangely energetic and animated. While a quiet work, it has an undeniable, even commanding, presence as each of the unit’s two overlapping forms modulate over the work’s length; moving from light to dark the work seems to shift into presence from absence, or from light to shadow. Tracing the dependencies and interactions of line and volume, it builds on Mel’s previous work in three-dimensional form, most especially her near pitch-black objects that seem to carve out sections from their surrounding space. Composed from a type of printing and kiln fusing with glass powder, Tonal Value also evidences her commitment to creative experimentation and evolution with the always challenging medium of glass.”

The Tom Malone Prize is a highly respected annual event within the Australian glass arts community and it has played an integral role in the Gallery’s acquisition of works by Australia’s most inspiring, innovative and accomplished artists in this medium.