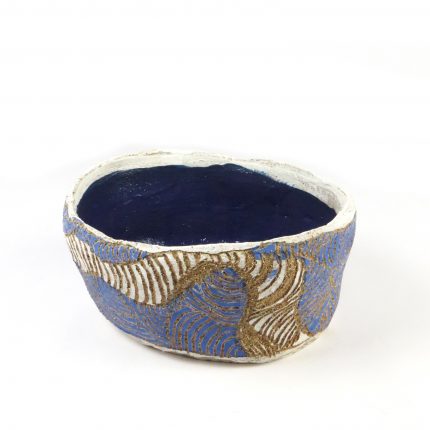 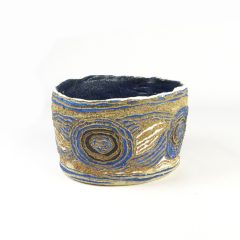 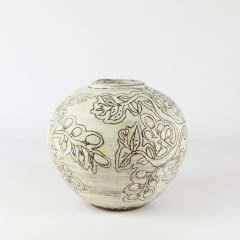 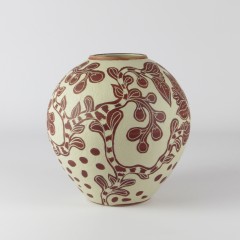 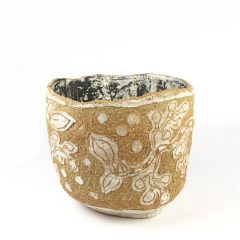 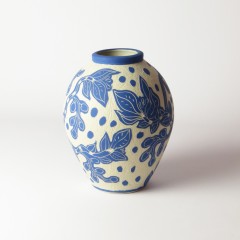 Elizabeth’s work comments on the environmental change that has occurred in on country due to the introduction of non-native flora and fauna such as cattle farming and weeds like buffel grass (officially declared as a weed by South Australia) and more commonly known in and around Pukatja as “devil grass”.

From the very start of Elizabeth’s artistic practice she has drawn her kampurara tjukurpa (bush tomato story) in clay. In the old times kampurara were one of the main foods for Anangu. When Anangu see the stars together, they know it’s time to go see the bushy food.

“Today, sometimes we still go out and collect them but not like we did before. Our country has been changed by cattle and weeds like buffelgrass, so we can’t find all the old foods like we once did. I’ll keep telling the kampurara story in my work though, that keeps the stories, songs and dances about these important foods alive and strong.