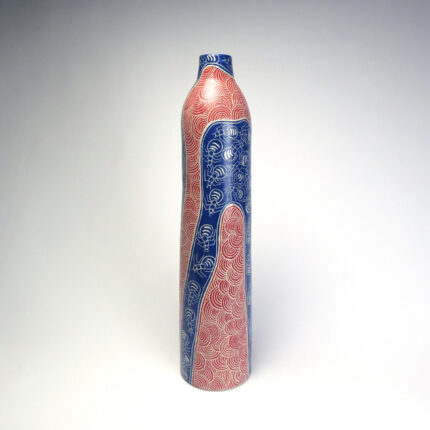 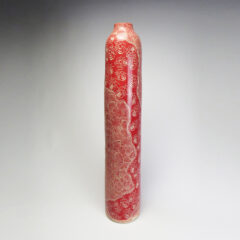 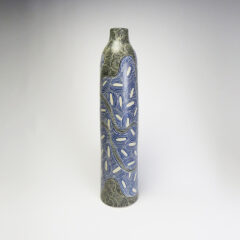 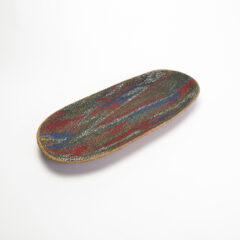 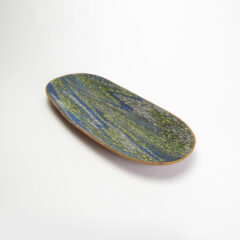 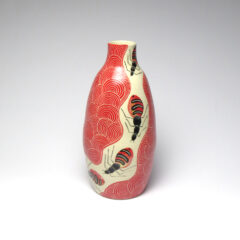 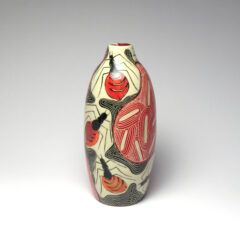 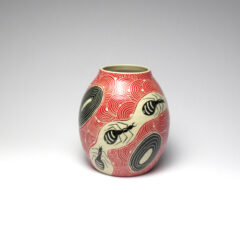 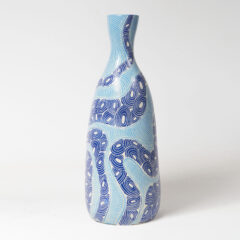 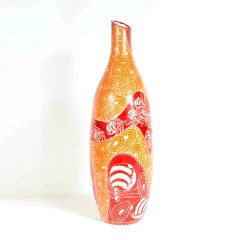 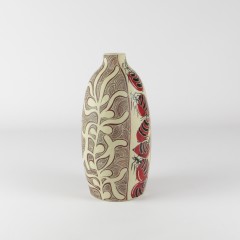 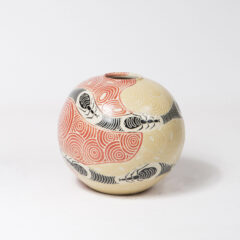 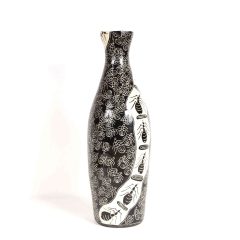 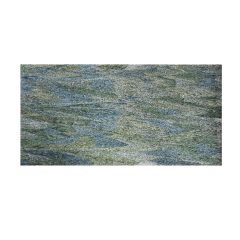 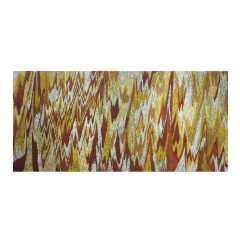 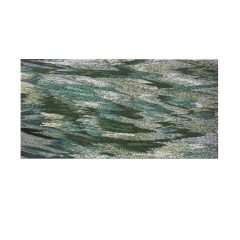 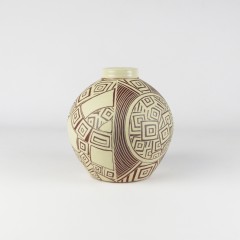 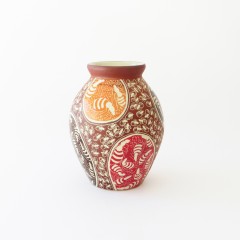 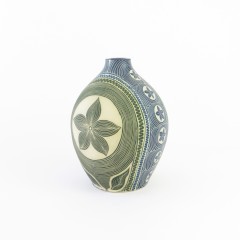 Lynette’s father’s Country is a place called Makiri, located east of Ernabella near the Fregon community. This is Country is tjala tjukurpa (honey ant dreaming).  Tjala or Honey Ants are found about a metre underground beneath Mulga trees. The Honey Ant tunnels that lead down to the ant’s nests are called nyinantu. The Honey Ant larvae are called ipilyka-ipilyka. When the Pitjantjatjara go looking for Honey Ants they look for the drill holes under the trees. When they see them, they shovel and dig down following the tunnels to find the Honey Ants inside. Honey Ants are a highly favoured food source and often seen in Lynette’s artworks.

Lynette has fast become one of Ernabella’s leading ceramic artists. She began as an artworker at Ernabella Arts at the start of 2015 when her school age children were at school. Prior to this, Lynee had done tjanpi (weaving) at home and years earlier had
created a suite of prints at the art centre.

In mid-2015 Lynette participated in two workshops leading up to the exhibition at Sabbia Gallery – Yangupala Tjuta Waakarinyi (Many Young People Working). She then attended the Australian Ceramics Triennale in Canberra with three other artists and
demonstrated at the Sabbia Gallery exhibition that toured to the Australian National Botanical Gardens Gallery.

In mid-2016 Lynette worked alongside seven other Ernabella women potters to create a collaborative ceramics installation for the Indigenous Ceramics Art Award at the Shepparton Art Museum, Victoria in August 2016.

In 2016, Lynette’s work was acquired for the National Museum of Australia’s collection.

In 2017 her work was presented in ‘Clay Stories: Contemporary Indigenous ceramics from remote Australia’ at Sabbia Gallery, Sydney. The exhibition began its national tour at JamFactory Seppeltfeld for the Tarnanthi: Festival of Aboriginal and Torres Strait
Islander Art. Lynette’s work has appeared in exhibitions across Australia and internationally, including the ‘Hold our connection to country strong for malatja-malatja (future generations)’ exhibition at Aboriginal Signature gallery in Brussels in 2018.