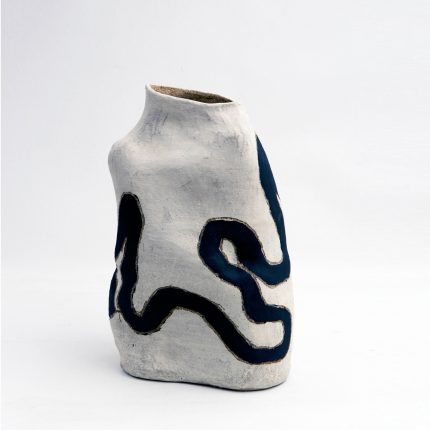 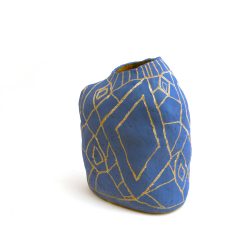 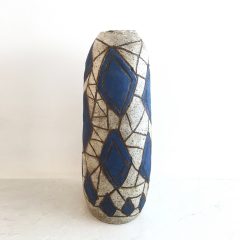 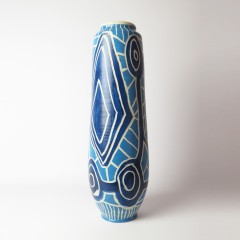 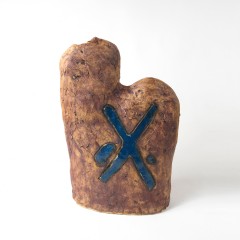 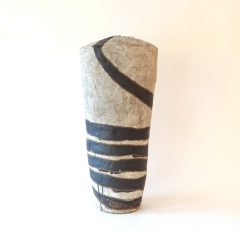 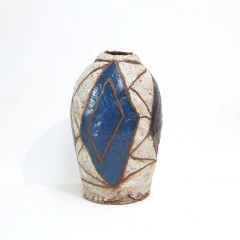 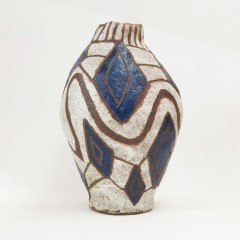 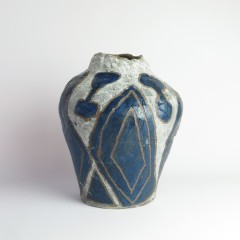 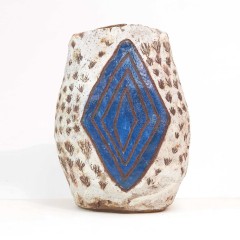 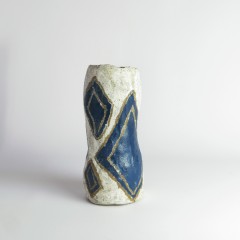 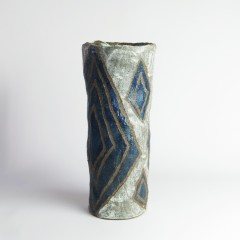 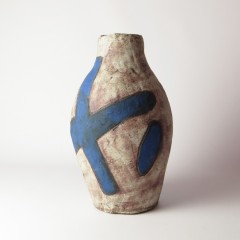 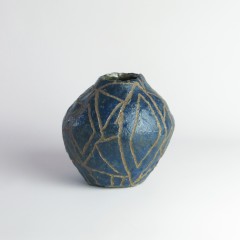 “Art is also a type of memory theatre for Pepai Jangala Carroll. Although based for decades in Pukatja…Carroll’s custodial home country is his father’s country near Kintore in the Northern Territory. Carrying the recurring title of Walungurru, in this naming, like the act of painting and working in clay, is recuperative for Carroll, enabling him to call up Luritja/Pintupi country.” (Lisa Slade, 2016.)

Pepai was born in Haasts Bluff, and later moved to Papunya when the new settlement was created there. He went to school in Papunya before moving to Areyonga, where he finished school. He then travelled on horses with his family to Eagle Bore, which is a
homeland just north of Ernabella, and he’s been living in Ernabella ever since.

Pepai’s first work was building fences around the Ernabella station. He also worked in the community office and was the community Chairperson. He became a warden when he was still a youngfella, and was later appointed the Director of Nganampa Health, the regional health body. He was then appointed the Community Constable, a position he held until 2006 when illness forced him to retire.

In 2009, Pepai began to paint at the art centre, and in 2011 he started making ceramics. His distinct style in depicting his father’s country has seen his work selected as a finalist in the Indigenous Ceramics Art Award (2014). Pepai’s ceramics and paintings have
been acquired by the Parliament House collection in Canberra, National Gallery of Victoria, the Art Gallery of South Australia, the Araluen Collection and ArtBank. Annually since 2011 Pepai has led the Watiku (men’s) ceramics workshop in the Ernabella ceramics studio. These workshops and Pepai’s involvement are responsible for bringing the next generation of men into the art centre.

In May 2015 he had his first solo exhibition, at Alcaston Gallery in Melbourne and was also included in the Desert Salon exhibition at the Art Gallery of South Australia as part of the Tarnanthi Festival.

In early 2016 Pepai was included in Magic Object: Adelaide Biennal of Contemporary Australian Art at the Art Gallery of South Australia, curated by Lisa Slade.

He has also been shortlisted for the 2016, 2017 and 2018 National Aboriginal and Torres Strait Islander Art Awards.

A recent project titled ‘Mark and Memory’ saw Pepai return to his father’s country, Pepai’s custodial country near Kintore (NT) and Kiwirrkura (WA). His latest work, created in response to the trip, was presented at the Art Gallery of South Australia and Hugo Mitchell Gallery, Adelaide as part of 2017 Tarnanthi: Festival of Contemporary Aboriginal and Torres Strait Islander Art.

In August 2018 a solo exhibition of Pepai’s paintings and ceramics was presented at Outstation Gallery in Darwin. In the same year, his art was exhibited at both Sabbia Gallery and Olsen Gallery in Sydney, Aboriginal Signature gallery in Brussels (Belgium),
Desert Mob in Alice Springs and more.