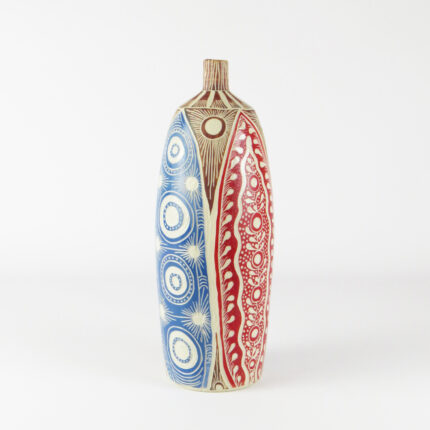 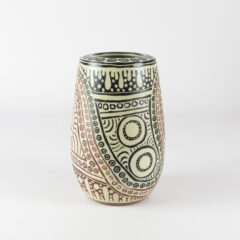 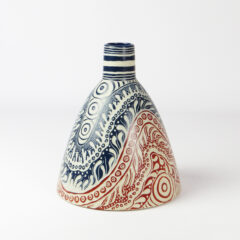 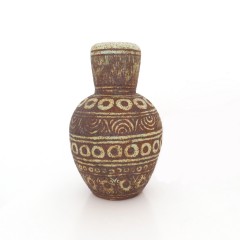 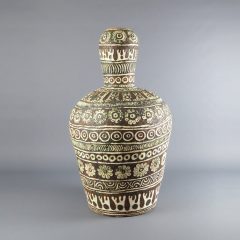 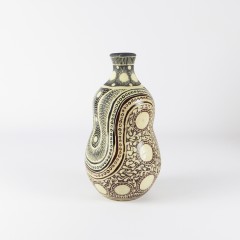 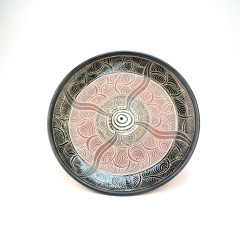 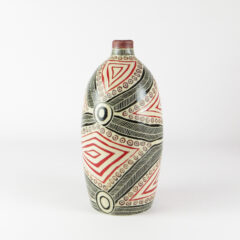 Alison Milyika Carroll was born in 1958 at the Ernabella Mission, now known as Pukatja Community. Alison Milyika has five children, five grandchildren and worked as a health worker for many years. Alison Milyika is also a well known singer and member of Ernabella Choir. She appeared in the 2011 ABC TV documentaries ‘No Ordinary Mission’ and ‘Nothing Rhymes With Ngapartji.’ She is the current Anangu Mayatja (Manager) at Ernabella Arts and has been Chairperson of Ernabella Arts from 2007 – 2010 and 2018 – 2021.

Alison Milyika’s late husband Pepai Carroll was a former community policeman who began painting at the art centre when he retired. Both the Carrolls are strong leaders and excellent spokespeople for APY artists. Milyika is regularly called on to speak at the opening of exhibitions at public institutions such as the Art Gallery of South Australia. She is the Anangu Mayatja (Manager) of Ku Arts (Ananguku Arts and Cultural Aboriginal Corporation), a peak body for South Australian Indigenous artists and art centres. She is the Chair of the Ernabella Anangu School Governing Council. She serves as a member of the Ernabella Community Council, the Tarnanthi Cultural Advisory Committee, the Traditional Owner Working Group of the Uluru-Kata Tjuta National Park and the Steering Committee for the 2022 Australian Ceramics Triennale.

As well as being a public leader, Alison Milyika is a respected artist working across multiple mediums. Her batik and ceramics are held in public collections, nationally and internationally. In 2011 she was awarded an Australia Council grant to undertake a residency within the Ceramics Department at ANU. The resulting work was exhibited in Canberra and collected by the National Museum of Australia and the Art Gallery of South Australia. In 2014 she was selected as a finalist in the Indigenous Ceramic Art Awards, and her work was acquired by Shepparton Art Museum. In 2014 she undertook a further ceramic residency at ANU and travelled to Singapore to attend a residency at Jalan Bahar Clay Studios.

In August 2016 she attended the Indigenous Ceramic Art Awards at Shepparton Art Museum as the lead potter on a collaborative ceramics installation that tells the important Seven Sisters (Kungkarangkalpa) tjukurpa created by eight Ernabella artists. The work was subsequently acquired by the National Museum of Australia and exhibited in Songlines: Tracking the Seven Sisters.

In 2018 Alison’s lifetime of dedication to the Anangu people and her own artistic achievements were recognised and she was presented with the Premier’s Award for Lifetime Achievement (Ruby Awards), South Australia.

In 2020, Alison was awarded the Red Ochre Award for Lifetime Achievement from the Australia Council. Alison Milyika’s work continues to be exhibited in Australia and around the world.